“It is your ATTITUDE, not your APTITUDE that determines your ALTITUDE” Zig Ziglar on Attitude

You can see a lot of people around you, resembles the person, I am going to tell. I know this person very well, he is one of my class mates and a distant relative, let us call him Mahan, who is an Engineer by profession, having abundance experience, around 25 years in various organizations, mainly automotive areas. He began his career in the same organization as trainee Engineer, his intelligence, his hard work; determination let scaled him to become one of the prominent members of management team. He is a man of purpose; he delegates his work often, transparent to his subordinates and is always available on a call. He considered to be a think tank, always part of solution and seems to be a perfect example of an executive in all respects. However whenever there are reshuffles in the organization (mostly management moves, and once he is supposed to be positioned as the head of his function as CTO – Chief Technical Officer) and if the management considers the experience, ability and other qualities Mr. Mahan, he is the suitable candidate for the position, however to everybody’s surprise he opted out and let go his subordinate for the position, however his subordinate prefers to leave the organization and join another instead.

Most of the onlookers astonished by this, they wondered why this is happened to him, why Mahan is opted out, most people, who do not know him well have different views, partisanship of management, undemocratic, prejudice, bias and they feel it is the internal politics and lobbying, but his friends and relatives did not surprise, as they know him best, he wishes to play second fiddle always, in school, in society and everywhere. Why this happens, this is due to his lack of self confidence, low self esteem, his lack of thirst, he is un-ambitious, and nothing motivates to push him forward. This is a mental state, which plays a very crucial role in a person’s growth.

Everybody has his dreams and goals, however sometimes some people do not go and take it, perhaps they think it is the best thing to settle for something that is less than perfect and do not struggle for the one which is far from them or think it is unattainable? A situation, where he plays second fiddle, even though he has all the potentials, qualities, credentials and intelligence. He never struggles for money, he and his wife earn very handsomely (she is a doctor by profession) and the only kid they have, is studying with scholarships. However this does not mean that he does not have any motivation to afloat or scale through, as we could see people from affluent families rescale the ranks & files and reaches higher positions, ambitions do not impingement, class, race, position etc.

Experts says this is an attitudinal problem, the attitude of a person who like to be ‘Playing the Second Fiddle”, which is a type of negative-ness, failure, this puts a person in a detrimental position, in fact he is not a failure, but the aspiration to achieve something always elude him and people overtake him in the areas he could excel. Though nobody wishes to put themselves in disadvantageous position, but they are afraid of taking the prime role. From outside, they seem to be satisfied, but inwardly they feel very unhappy about their life. Since the organizational point of view, this does not make any difference, as the person dedicatedly works to the utmost satisfaction of the people he reports; however this is not a positive sign for anybody for settling for the second best.

A reason for his pessimistic view is that Mr. Mahan lacks confidence in him. It is natural that some people are inherently confident and Mr. Mahan is not one of them; some people are naturally daring and fearless, while somebody seem to be more naturally fearsome, and tend to take more caution in life. Mr. Mahan is naturally a resister and does not have confident on his abilities, skills and wishes to play a supportive role consistently, not going for the piece of cake while he is able to have it easily. He does not take the responsibility in life situations. Such circumstances, even though he wishes to be more optimistic and confident, this does not happen, as he wishes, may be his inherent pessimistic attributes pull him inwardly.

Another reason probably, his low self esteem; his level of self esteem is based upon the unique experiences and personal relationships that have made up his life. Sometimes, negative experiences and troubled relationships tend to lower self esteem, which I can not say, he faced any such situations in his life. If his parents compared him with other children and was never satisfied with his performance, then he could have lost his self esteem. Poor performance in school, especially if criticized by classmates and teachers, can also negatively affect self esteem as it might be feeling incompetent in comparison to others.

You may know this person, such persons we can see anywhere, in any organization, society, who likes to play the second fiddle, knowingly or unknowingly. They do not have any problem when they are being overtaken by other persons, even their juniors, they think they evade a misfortune for the time being. This all in the game, if everybody wishes to become a CEO, CFO or President, it is not possible to become, coz there are few such positions are available for more no. of persons, then let them live their own, we live our own, with full of ambitions and enthusiasms.

In our journey towards a destination or life’s purpose, we must confidently move ahead even if we face obstructions, we believe ourselves that we can dream and we can do it. We can not force the horse to drink the water, instead we have to bring it to the water and let it drink. But in case of a human being, he has to take corrective and proactive actions by himself, without much delay to straddle to the steps of success.

Consider your position, whether you yourself think to be front runner or whether to play second fiddle. Be positive in all your actions, with correct attitude and determination, elaborated self esteem so as to become successful in every areas of personal and professional life. 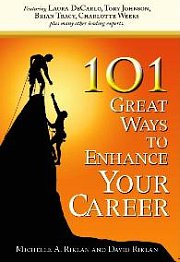